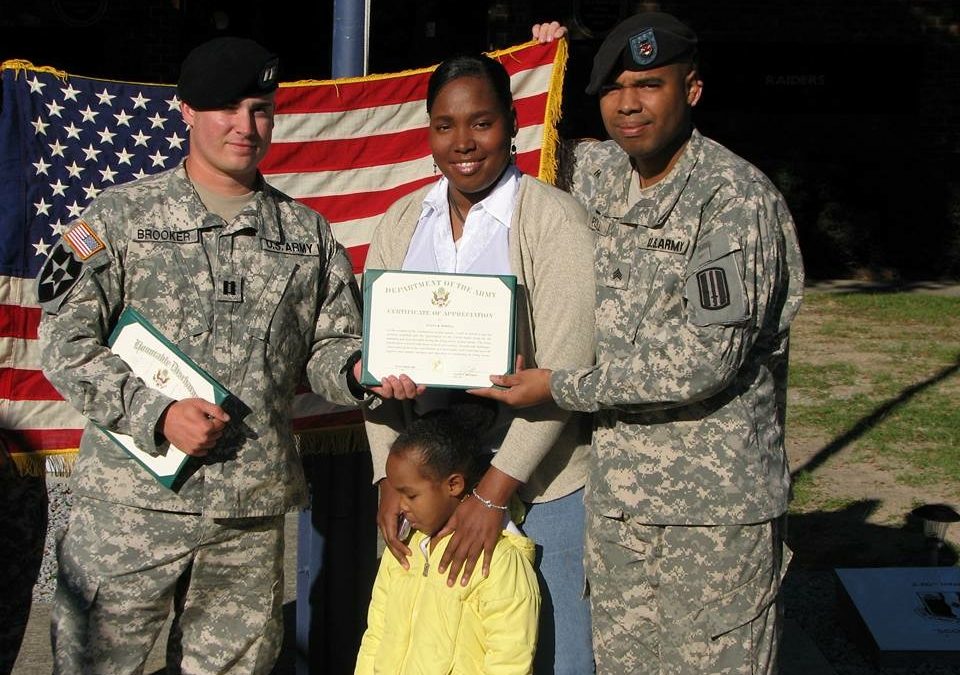 As we close the commemoration of our fallen heroes during Memorial Day weekend, we sit down with Ayana and David Powell; two veterans who were recently chosen for the Heroes’ Commons program which provides help for veterans coming from military deployment with financial hardship, unemployment, divorce, and even physical and mental disabilities. The Heroes’ Commons at Jefferson Park is an Art for Architecture project that is part of the City of Orlando’s initiative to preserve the Parramore district’s “historic traditions while offering easy access to mass transit, healthcare facilities, entertainment options, and world-class sporting venues.” Heroes’ Commons was introduced by members of the Orlando Regional REALTOR® Foundation, a charitable brand of the Orlando Regional REALTOR® Association. Ayana and Dave were recently selected by the foundation as one of six chosen families to be given a home in the Orlando area, as an acknowledgement for their heroic contributions to this nation.

At Rey Homes, we are working with the Greater Orlando Builders Association on the Powell family’s building of their house and making sure that we can create a true home for them. Here we ask about their history as a family, their experience as veterans, and what it means for them to finally be homeowners. 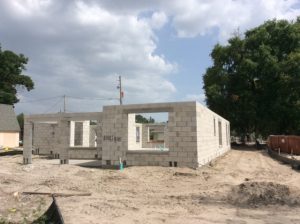 Ayana: Oh goodness, I don’t know where to start, I don’t know where exactly to start… My husband and I were living in Atlanta, Georgia and we had some considerable problems in the home that we were in. We actually had tried previously to purchase a home on our own and because we were in the military, us moving around so much, it made the home mortgage process really difficult because with military you’re not always guaranteed to be in the same spot for two years or whatever the mortgage company requires, so that presented a lot of barriers to me actually utilizing my VA home loans.

When my husband got out of the military in 2014 we actually started the process to purchase a home. We thought everything was going great, we had the mortgage lenders, we had our realtor working with us and he actually told us, “You guys are going to the closing table on this day, you guys need to be here; go ahead and pack up your family.” So we packed up our family and left from Fort Stewart, GA and moved to Atlanta and we got there and we were in a motel. We had all the funds for us to be in a motel for roughly, three weeks. Basically, when the day came for us to be at the closing table, they told us, “Not going to happen.” So they said we have to go with another lender, we have to put it off another week, whatever. Our realtor actually paid for us to the stay in the motel for another week because at this point we’re working off of what we saved and we depleted that, being in a motel. We got to the second week, second lender said no. We got to the third week, third lender said no. What it all boiled down to was that we didn’t have enough resident history for the underwriters to do what they needed to do for us to get into our home. So that left us homeless. Again, we’re living in a motel, we have no funds, and we stay in the motel for another week, eating once a day, basically.

I told my husband, “(…) We don’t have a shot in the dark but let’s just go ahead and apply”

Then his sister, my husband’s sister, lives in an apartment in Atlanta and she told us to come and apply for an apartment and talk to management. We talked to them and they put us in an apartment, so now we’re seven people in a three-bedroom apartment. That was pure hell on earth. We stayed there for roughly about 6 months and then we found a program in Atlanta that said they would help us get in a home, that there would be no barriers, so we went to them and they actually allowed us to rent the home. It was a program where you rent the home for two years and then they let you to go through the process that shows a history for two years that you’re paying rent and all that stuff. Anyway, we got into the home and the banisters, the steps started falling apart; we had sewage backed up into the house from, I think, Thanksgiving until February, was when they came. Because of the sewage problem, we had seven people using one bathroom in a four-bedroom house. I started to look for programs to see if anyone could help us because no matter what turn we made, we were always getting shut down, there was no program out there for veterans and I couldn’t see us doing this forever, and we have children. So we started looking for resources and we ran across this program here in Orlando and I told my husband, “You know, we don’t have a shot in the dark but let’s just go ahead and apply.”

We applied to the program and we thought we definitely wouldn’t get it being that we did not live in Florida, but I’m a Florida native so I figured “apply now” just to see what happens. We did that and we were already planning to move to Orlando to begin with; my husband had gotten a job offer there so we applied and around April of 2016 we got the phone call that we were actually one of the six families that were selected for a home. That’s when everything kicked into overdrive.

David: I’ve been in the service for 14 years. I did three tours in Iraq, I did Korea for a year, was in the logistical field… I’ve been out for about two years now and just taking it in as a civilian. This is a new experience for me. I’m still feeling myself out as not being in the military. Especially when I got out… It’s just a lot, for me. Being in the military and being military-minded; it’s different.

Ayana: I served in the army too. I enlisted for six years but within my first six months in the military I was actually sexually assaulted, and from there I was systematically pushed out of the military with a brand new baby. That’s my service.

“The feeling that we’re a part of a family in this process and it’s not just all paper work and numbers is amazing. (…) That makes me feel like you’re gaining a family.”

A: We have 5 children. My son Bradley is actually graduating on Saturday, he is 19. Then I have a daughter, she is 17. I have three other daughters that are 15, 12, and 8. So we have four girls and one boy. David and I met right after I got out of the military when he was stationed at Fort Stewart. We have been together since 2003 so we’re coming up on our 14th anniversary on July… He’s looking at me, I’m looking at him trying to see if he can say the number [laughs]. July 15th! I know the date, I’m just trying to see if you can say the date [laughs]. We’ve been together since July 15th 2003. 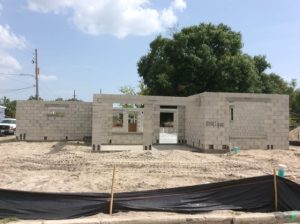 D: Being able to just go ahead and take care of everything that needs to be taken care of. Not having to worry about a roof over our heads and providing for our children everything that they need…

A: It’s definitely a wonderful feeling. When David first got out of the military we had that uncertainty because you never really have anyone in the military to sit down with you and explain what life is like after the military, so the transition was very difficult for our family being that we didn’t just have one veteran but two veterans, and we have such a large family. In my husband’s career and in my career we’ve moved 14 times in total between 4 states. Just being able to lay down some roots and finally have a foundation, and the kids can finally know what it’s like to have a community, not just from the military aspect, but can feel like we’re a part of a community again; that’s an amazing feeling. It’s amazing to know that there are people out there that thought of us, that took the time to actually think of us and say thank you and give back. That’s just overwhelming.

A: Honestly, for me, it has been an amazing feeling working with Kim (Rey Homes’ Purchasing and Estimating Director); the times we’ve actually come into the office Alex (Rey Homes’ Project Manager) carries a full sunshine around [laughs]. I call him “Full Sunshine” because his smile is contagious; Kim’s laughter is amazing… Just the feeling that we’re a part of a family in this process and it’s not just all paper work and numbers is amazing. When we sit down in that chair with them, they actually take into consideration your family and tell you “this carpet might not be the best for this many people in the family” or whatever; there’s just so many things that for many cookie cutter homebuilders, it’s not that they don’t have the time to do it, it’s just not cost effective. That makes me feel like you’re gaining a family… you’re gaining a home, of course, but you’re also gaining a family.

This interview has been edited and condensed for clarity.